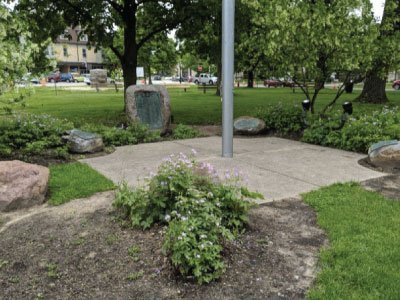 The Gold Star Memorial, located in Riverside’s Guthrie Park and dedicated to honoring the 54 Riverside residents who died in
service of our country, from World War I through Vietnam, had long been neglected and forgotten.

First dedicated in 1921, the memorial originally consisted of four boulders encircling a flag pole. A boulder was each dedicated to one of three Riverside residents killed while serving in World War I, and the fourth boulder was to commemorate all those killed during the Great War.

The memorial was expanded in 1948 with the addition of a much larger boulder with a plaque honoring Riverside residents killed in action during World War II. After time, additional plaques were affixed to list those killed while serving in the Korean and Vietnam wars as well.

Now, thanks to a 12 year-long effort of advocate Thomas Sisulak, with the help of fundraising efforts by the American Legion
Post #0488, the majority of the memorial was at last renovated just in time for this past Memorial Day’s ceremonies. New concrete foundations have been poured to support the boulders, and the monuments have been reinstalled on top. Electrical work and floodlights for the refurbished flagpole have also been newly installed. Further work yet to still be completed is the
restoration of the surrounding landscape.

Riverside Township is proud to have contributed two financial grants to the American Legion Post #0488 in order to help fund the Gold Star Memorial’s restoration. The Township would like to thank the Legion’s involvement and the advocacy of Thomas
Sisulak in achieving the memorial’s long overdue restoration. The American Legion plans to officially rededicate the memorial site in the fall of 2020. 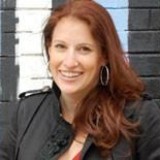