Riverside Township of Illinois / About Us / Elected Officials 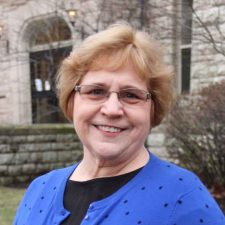 Vera A. Wilt has lived in Riverside Township since 1983, and she has provided nearly 20 years of public service to the community. Currently in her second term as Township Supervisor, she has previously served for 5 years as a North Riverside Village Trustee, 5 years as Riverside Township Clerk, and 18 years on the North Riverside Civil Service Commission. Vera’s late husband Gary was the Riverside Township Supervisor from 1997 until his death in 2004. Vera has held various volunteer offices in the North Riverside Library Foundation, and was an At-Large member of the Illinois State Board of Health for several years as well. Vera is a lawyer with over 25 years of business management experience, and a lifetime of volunteer and organizational leadership experience in professional, fraternal, community, and ethnic organizations. Supervisor Wilt has two adult children; her son Adam and his wife live in Riverside, and her daughter Alix and her husband live nearby in Brookfield. Vera believes that elected office means service to the community and the needs of the individual residents. She loves township government because it is hands-on and efficient in its use of tax dollars. 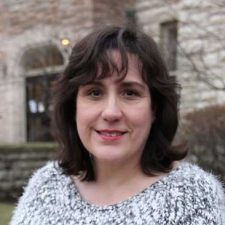 Frances Sitkiewicz holds a Bachelor of Science in Finance from DePaul University. She has worked in the Township Assessor’s Office since 2001 and has been the Assessor since 2010. Fran has resided in Riverside for over 20 years, and has served as President on the boards of three different parent organizations for the schools of Central Elementary, Hauser Junior High, and Riverside Brookfield High while her children were students there. Fran has also been an active and associate member of the Riverside Junior Woman’s Charity and is also an active member of the Riverside Township Lions Club and St. Mary’s Church. Beyond her CIAO designation, Fran continues to stay knowledgeable and informed as Vice President of the Cook County Township Assessors Association and Treasurer of the Township Officials of Cook County. With the primary goal of educating and informing the tax payer, Fran has brought the Township Assessor’s Office into the digital and social media age. Activity in the Township Assessor’s Office has quadrupled since she has taken office. She is committed to watching over our tax dollars by providing constituent assistance in the most cost-effective way possible. 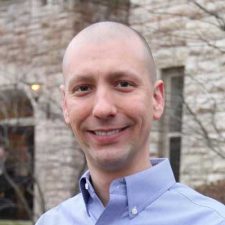 Michael C. Dropka is a lifelong resident of the Village of North Riverside, and a homeowner for 10 years. He has a B.A. Degree in Political Science from North Central College, and a Master’s Degree in Public Administration from the University of Illinois at Chicago. Michael is currently employed by the Village of Forest View and was previously employed for 15 years in various roles within the State of Illinois government, including being responsible for monitoring local government financials, community development, public policy and outreach, and public relations. He has also served as an elected member of the Komarek School District #94 School Board in North Riverside, and has served on several community and ethnic boards. He belongs to numerous government, fraternal, and philanthropic organizations including the Illinois City/County Management Association, the Polish National Alliance, and the Benevolent and Protective Order of the Elk. 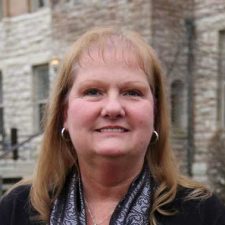 Liane J. Blauw has been a North Riverside homeowner and resident for 19 years, and first served as Township Clerk, from 2009, until the time she became a Trustee in 2021. She was introduced to township government by Judy Baar Topinka, whom she had the privilege of working with when Topinka was Illinois’ State Treasurer. Judy instilled in her the importance of local government and how to assist constituents to make not only Riverside Township, but all of Illinois a great place to live. Liane’s professional career includes over 20 years of management, accounting, and credit. She was most recently employed at Edward Don & Company in the Credit Department for over 10 years. Liane was saddened when Edward Don left the Village of North Riverside and relocated to the Village of Woodridge, but then again, the relocation of the long-time company as allowed new businesses to move into our Township and strengthen the community. 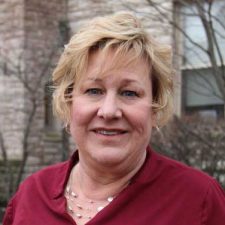 Mary Rob Clarke is a lifelong resident of the Village of Riverside and is currently serving her third term as a Township Trustee. She was instrumental in starting a monthly senior program in the Township, and began a three-times-a-week senior exercise class. Mary Rob led the way to start a Township Speaker Series, where past topics have included: children hidden during the Holocaust, the Eastland Disaster, and the Abraham Lincoln Library and Museum Foundation, featuring the leading historian on President Abraham Lincoln. Locally, Trustee Clarke is an active member in the Riverside Presbyterian Church, the Riverside Township Lion’s Club, and a member of the Riverside Chamber of Commerce, and the Friends of American Writers. Nationally, she serves on the Board of the Entomological Foundation and professionally, Mary Rob works for a global environmental products and services company. 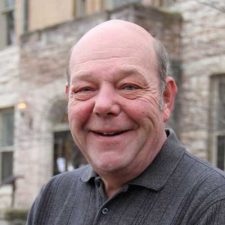 Timothy Heilenbach has been a resident and homeowner in Brookfield for the last 11 years. For the past 16 years, he has been employed by a mid-level accounting firm as a supervising senior in the compliance auditing department. Tim is also a paid-on-call Rehab Unit Crew member of the Pleasantview Fire Protection District, which services Countryside, Hodgkins, Indian Head Park, and Burr Ridge. He is also vice president of the Pleasantview Firefighters Association and was recently appointed to the Brookfield Police and Fire Commission. Tim served as the Chairman of the Public Safety Committee in the Village of Brookfield for 4 years, and is currently the President of the Riverside Township Mental Health Board. Over the years he has volunteered for the Special Olympics, Brookfield Chamber of Commerce, PeopleCare, and the Berwyn Recreation Youth Football League as a coach.